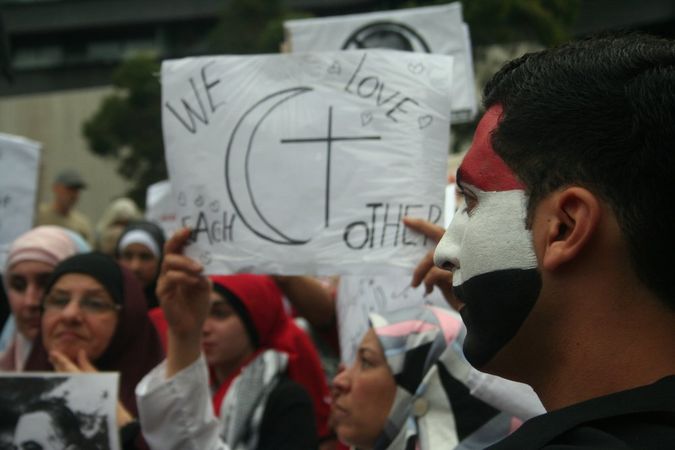 An effective reaction to terrorism would be to put an end to the exclusion of the Copts and to signalize: the Christians are an integral part of the Egyptian society. Photo: Takver via Flickr

According to the Society for Threatened Peoples (STP), the politics of Egypt’s state president Abdel Fatah al Sisi are aimed at fomenting violence against the Copts. “The emergency rule following the attacks on Coptic churches in Alexandria and Tantra on Palm Sunday will not help to curb terrorist attacks against Christians, but will stir up violence. The emergency rule will lead to more politically motivated arrests, which will enrage the civilian population, which could again turn against the Christians,” warned Ulrich Delius, the STP’s Africa expert, in Göttingen on Monday. “We are afraid that with every new repressive measure against dissenters in Egypt, the Copts will have to suffer.” Since president Al Sisi took office in June 2014, more than 67,000 Egyptians have been arrested for political reasons.

“A more effective reaction to terrorism would be to put an end to the exclusion of the Copts and to send out a clear message, within the country and abroad: the Christians are an integral part of the Egyptian society, and they are equal citizens,” said Delius. Therefore, the STP urged al Sisi to grant the Coptic people a better representation – higher ranking positions in the administration, in the police forces, the army, and the judiciary – according to their share of the population of approximately ten percent. The fairly law that regulates the construction of new Christian churches under certain conditions (adopted in 2016) is by no means sufficient to ensure that the Christian are treated equally to the Muslims in the country.

It is also very important to grant the Christians better legal protection. So far, most of the extremist attacks went unpunished, as the local authorities tend to urge Copts not to try and enforce their rights but to remain silent about attacks by radical Islamists. Often, Christians are forced to withdraw reports from the police and to hold “reconciliation talks” with their attackers. “Here, it is clear who will lose – from the very beginning: it is always the Copts who must give in for the sake of peace.”

The police and the army have been protecting Christian churches in Egypt from attacks by radical Islamists for months. “It is helpful and necessary to protect the houses of worship, but it is not possible to guarantee absolute security,” Delius stated. On Sunday, one of the suicide bombers had struck right in front of an entrance, before admission control.