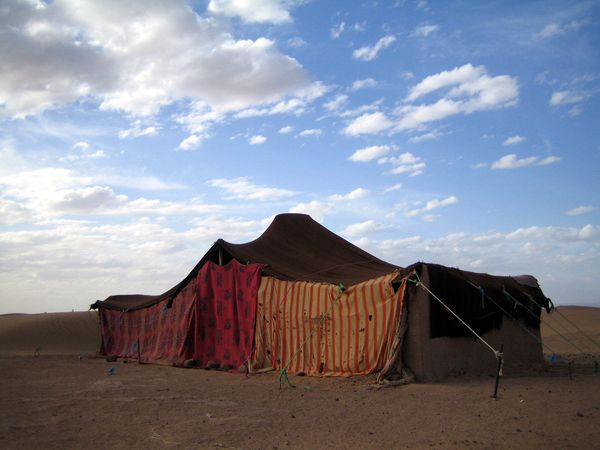 In early February 2018, militiamen had kept the former residents of Tawergha from returning to their hometown by force of arms. Photo: Carlos ZGZ via Flickr

On Tuesday, the Society for Threatened Peoples demanded that a group of 2,200 dark-skinned displaced persons from the Libyan town of Tawergha must be able to return home safely after having to live in a camp in the desert for 70 days. In early February 2018, militiamen had kept the former residents of Tawergha from returning to their hometown by force of arms.

“The ongoing odyssey of these victims of racism is a scandal. The way they are persecuted and marginalized shows how everyday life in Libya is determined by warlords, by arbitrariness and lawlessness,” criticized Ulrich Delius, the STP’s director, in Göttingen on Tuesday. The 2,200 people who were forced to camp in the desert belong to a group of 48,000 dark-skinned residents of Tawergha who were accused of having collaborated with dictator Muammar al-Gaddafi, and who were thus chased out of the city by troops from the hostile neighboring town of Misrata. On February 1, 2018 – after years of negotiations – the displaced persons were supposed to be able to return to their hometown.

“The displaced people of Tawergha must not be forgotten,” Delius demanded. “They are in desperate need of international support to ensure that they will be able to return soon.” After almost six years of displacement, their situation is precarious – although they were provided with tents and food by the United Nations High Commissioner for Refugees (UNHCR). As the caps are isolated, improvised, and barely guarded, the people live in fear of targeted attacks and intimidation by armed militiamen. The Libyan authorities had promised them to be able to return to Tawergha soon, but had not gone to much effort to fend off the militiamen from Misrata.

"Now, the displaced people from Tawergha are hoping that new negotiations with representatives of the city council of Misrata will lead to a new initiative towards their repatriation,” Delius stated. “But these talks will only be successful if the national Libyan authorities and the international community are prepared to contribute as well.”

Currently, there are 2,038 refugees living in about 240 tents in Qararat Al-Katf, 56 kilometers from Tawergha – and 223 people are living in tents in the village of Harawa, 280 kilometers away, hoping for a chance to return. Most of the other displaced persons are now living in refugee camps in the east of Libya or in the metropolitan area of the capital Tripoli.