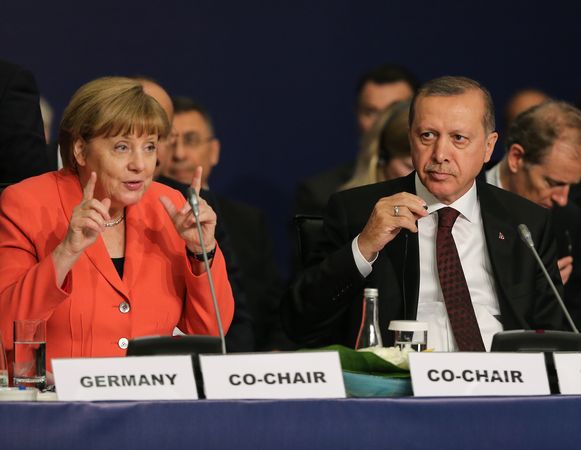 The Society for Threatened Peoples (STP) has demanded a Committee of Inquiry in the German Bundestag, as a means to review the Federal Government’s policy towards northern Syria.  Today, the STP and the Association of the Kurdish community in Germany (Kurdische Gemeinde Deutschland e.V.) sent an according appeal to Wolfgang Schäuble, President of the German Bundestag, and to all parliamentary groups of the Bundestag. "Northern Syria is sinking into chaos," stated Lina Stotz, the STP’s expert on ethnic, religious and linguistic minorities and nationalities, in Göttingen on Tuesday. "Under the control of Turkey, the human rights situation for minorities in the region has once again deteriorated significantly."

At the same time, Germany continues to export weapons to Turkey and to support Erdogan’s regime financially. There is hardly any other country in the world that receives more financial support from Berlin. Meanwhile, the Foreign Minister and the Minister of Defense appear to be unable to agree on a common approach. "This way, it will not be possible to get a grip on the serious situation in northern Syria. A committee of inquiry could review the actions of the Chancellor's Office and the relevant ministries" Stotz stated. This would also be in the interest of the German people, as the majority is outraged by Turkey’s actions. The population of northern Syria is expecting Germany to change its policy towards Turkey and Syria as well.

Meanwhile, the Turkish army and its allied Islamist militias are continuing their attacks on the Kurds, Christians, and Yazidis – and villages that fall under their control are submitted to measures of Islamization: women are forced to wear headscarves, whether they are of Muslim, Christian or Yazidi faith. Further, the Kurdish population in Turkey is suffering from increasing harassment as well. Numerous Kurdish mayors were arrested during the last few weeks, most recently Nilüfer Yilmaz, mayor of Kiziltepe, on Monday of last week.

The STP has initiated an online petition – see www.gfbv.de – for the establishment of a committee of inquiry.