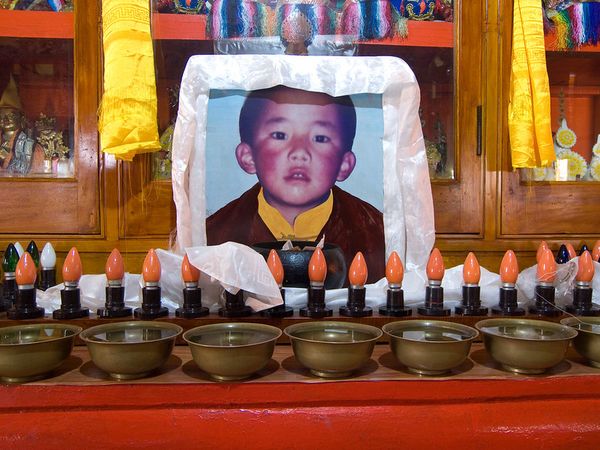 The Society for Threatened Peoples (STP) has demanded the Chinese government to finally disclose what happened to the 11th Panchen Lama. Gedhun Choekyi Nyima had been abducted on May 17, 1995, at the age of six. Shortly before he was abducted by order of the Chinese government, the Dalai Lama, spiritual leader of Tibetan Buddhism, had recognized him as the reincarnation of the 10th Panchen Lama and, thus, as the 11th Panchen Lama. Since then, there is no trace of the now 31-year-old. His family was abducted as well.

"Instead of the legitimate Panchen Lama, the Chinese government appointed a five-year-old Tibetan named Gyaltsen Norbu as the 11th Panchen Lama. He serves the government in Beijing as a puppet, as an alleged proof that China respects the right to freedom of religion," explained Hanno Schedler, STP expert on genocide prevention and the Responsibility to Protect. "China has assured the United Nations that Gedhun Choekyi Nyima is doing well, but these assurances are more than questionable."

While the young Panchen Lama who was appointed by Beijing sends greetings to the Tibetan people on Chinese state television, the Communist Party is working on the succession of the Dalai Lama. "His successor is supposed to be a puppet of Beijing as well, someone who is able to whitewash or cover up the destruction of the Tibetan Buddhist educational institutions," Schedler criticized. "The Panchen Lama plays an important role in appointing the next Dalai Lama. The kidnapping 25 years ago has given China's leadership direct influence on this."

Contact: Hanno Schedler, STP expert on genocide prevention and the Responsibility to Protect